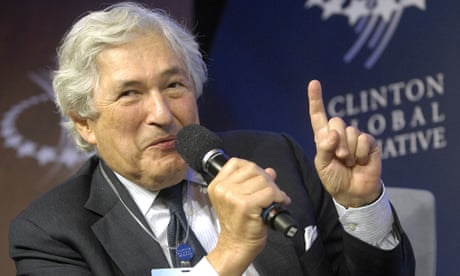 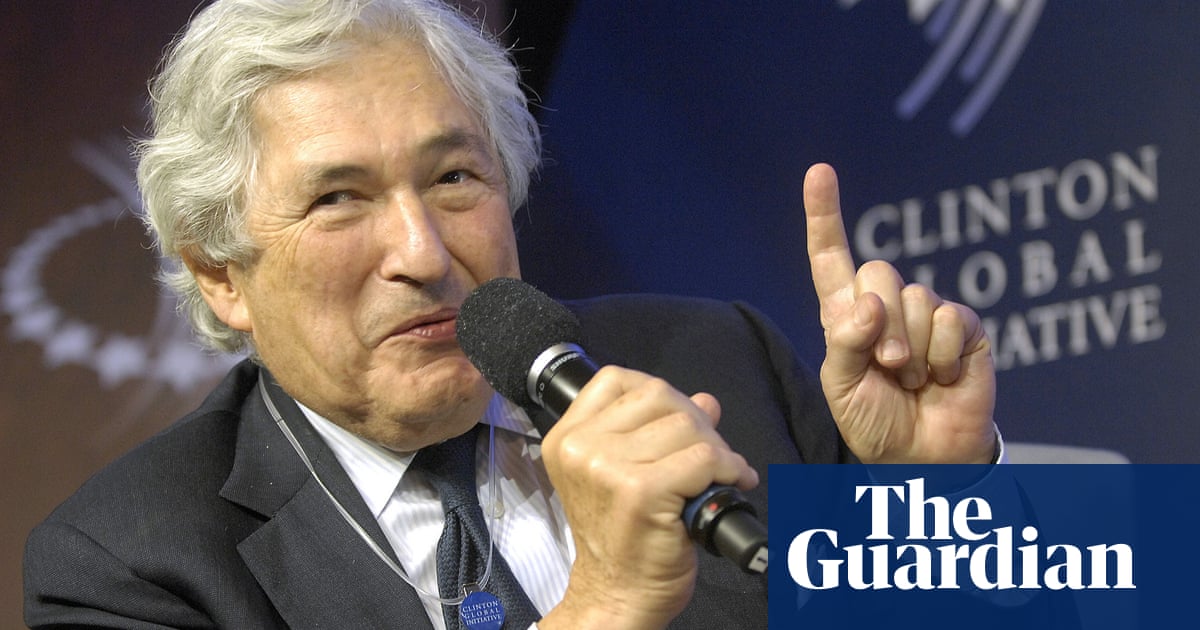 “If you have wealth, you have to share it,” was the watchword of the former president of the World Bank James Wolfensohn, a larger than life, egotistical, supremely confident, inveterate networker, but fundamentally a good and witty man. Wolfensohn, who has died aged 86, made a great deal of money and gave a great deal away.

The zenith of his career was his two-term presidency of the World Bank, between 1995 and 2005, where his zest and passion for poverty alleviation left an indelible mark. Unafraid to confront the reality that too much of the World Bank’s lending found itself in anonymous offshore bank accounts held by recipients, he set up an anti-corruption task force, unthinkable before he arrived for fear of legitimising the bank’s critics while potentially smearing some innocent borrowers.

Yet he pressed ahead, while simultaneously reconfiguring the bank’s lending programme to recognise another reality: too many less developed countries were just too poor ever to repay what they had been lent – and their loans had to be forgiven. Prefiguring today’s concerns, he broadened the bank’s lending programmes away from the sole support of the hard infrastructure of dams, power generation and ports, towards the social infrastructure of education, particularly of women.

To cement the new emphasis he launched the Comprehensive Development Framework to provide recipient countries with rounded metrics to assess their economic and social progress. This apporach took account of educational and health standards as much as per capita income growth.

His presidency of the bank was a key moment. Education, public health and the enfranchisement of women were and are as essential to economic development as power, railways and roads.

Wolfensohn was always on the move – when in Washington “walking the floor” of the bank’s offices teasing and joking, or just as likely on a plane, his beloved cello often on the seat besides him, touring World Bank clients – he visited 120 countries in all – where he would unfailingly call a spade a spade, however embarrassing the remark. “What’s the difference between God and James Wolfensohn?” ran a joke in Washington. “God is everywhere – so is Wolfensohn, but never here!”

He said his passion to contest inequality, to alleviate poverty and give money away as a philanthropist had its roots in his modest upbringing in a two-bedroom flat in a Sydney suburb – which may also have given him his lifelong driving ambition.

His parents, Hyman Wolfensohn and Dora Weinbaum, had emigrated to Australia in 1928 after his father’s career in banking at Rothschild fizzled out, never to take off again, although he retained an affection for the Rothschilds. He was clever and hyper-ambitious: at school he would sing the young women’s roles in Gilbert and Sullivan operas to get himself noticed and as a natural sportsman represented Australia in the 1956 Olympics as a valued member of the fencing team.

He would say that witnessing his Jewish parents, despite their relative poverty, taken in as refugees from Nazi Germany fired him up with lifelong sympathy for the dispossessed – and being an Olympian gave him the inner confidence to match his ambition. He really was good enough to climb the heights.

After Sydney University he talked himself into Harvard Business School, recognising that a Harvard MBA would be a passport into the City of London that a law degree from Sydney alone would not deliver. So it proved. After a couple of false starts he landed a job at the boutique and fast growing merchant bank Darling and Co.

Harvard was also where he met Elaine Botwinick. They married in 1961 and went on to have three children.

Darling and Co proved to be springboard into Schroders, where his affability and cold eye for what was and what not a good deal won him a growing client list. In 1970 he was earmarked for higher things if he could capitalise on the chance to expand Schroders’ operations in New York, where he succeeded spectacularly – courtesy of a contact book, and love of entertaining, already becoming something of a legend.

But Schroders in 1976 was unprepared to offer the managing director of its New York operations the top job in the bank, preferring the British aristocrat Lord Airlie to Wolfensohn.

Reading the runes, he left to join Salomon Brothers, rising to the top, confirmation of his meteoric impact on Wall Street investment banking. It was the rescheduling of Chrysler’s debts in 1979, saving the car company from bankruptcy, in particular persuading Japanese banks to continue lending, that caught the twin eye of the titans of Wall Street and the Democratic party establishment.

This was a man who could marry high finance, good values and high politics – and put the alchemy to constructive purpose. He was tipped to become president of the World Bank – but the Republicans won the presidency, and even though he took American nationality to secure his chances (only Americans are nominated to the World Bank presidency), the opportunity was lost.

Once again he reinvented himself, but as the founder of his own investment firm, Wolfensohn Inc. In the 14 years that followed he was to amass his fortune, and doubled up as a major New York and Washington philanthropist. He chaired Carnegie Hall in New York and the Kennedy Center of the Performing Arts in Washington.

In a typical combination of self-aggrandisement, genuine affection for music and generosity to Jacqueline de Pré, coping with multiple sclerosis, who wanted renewed purpose in her life, he took lessons from her on the cello. They were given on the condition he performed publicly, which he did on his 50th, 60th and 70th birthdays.

Bill Clinton’s presidency – inevitably they were friends – was to give him the chance he craved at the World Bank, and in 1995 he assumed the presidency. Garlanded in honours by Britain, the US, Germany and his native Australia, he lived out a happy semi-retirement from 2005 that combined philanthropy and consultancy – giving up the role of peace envoy in the Middle East after 11 months because, he said, there was nothing he could usefully do.

Elaine died in August. He is survived by a son and two daughters.